We have ABSOLUTELY no idea how truly great you are! But we are blessed to know that you ARE GREAT! So all our souls can blessedly do right now is sing that You are great! \We know that and believe that-FOREVER AND EVER AND EVER…\o/

In Jesus name-amen and amen! 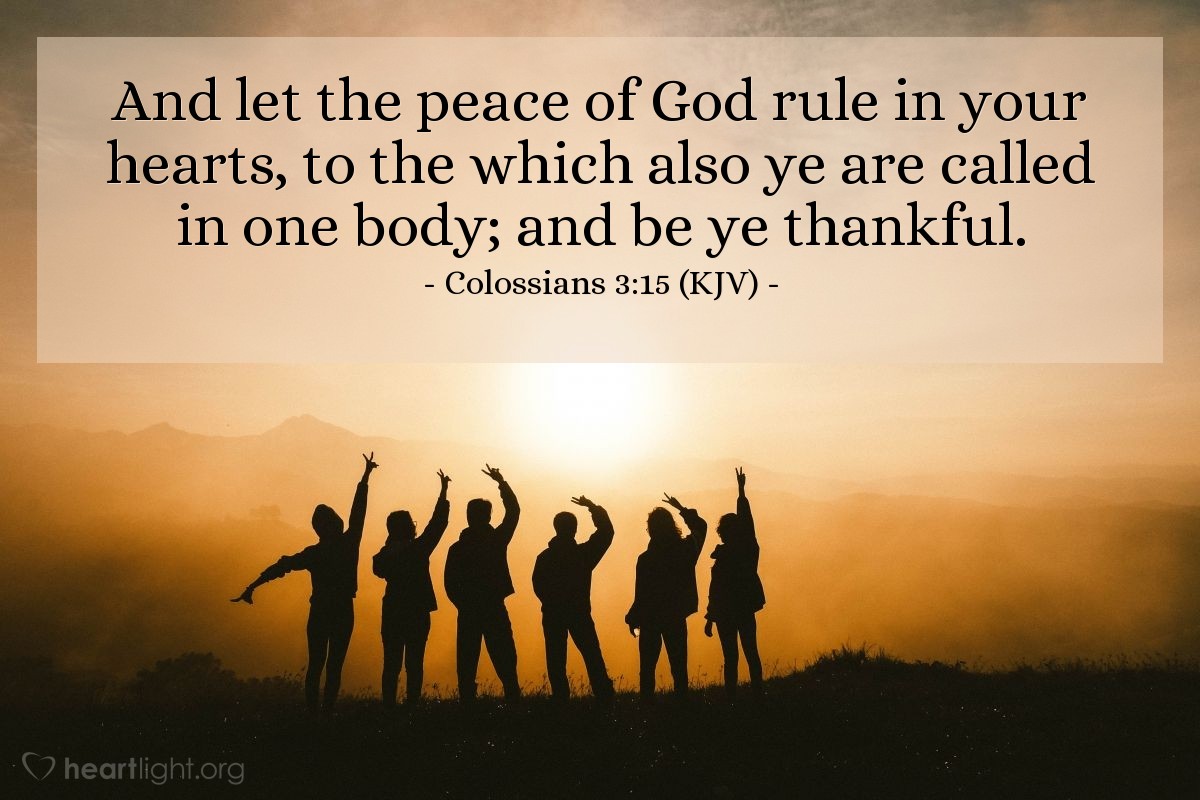 And let the peace of God rule in your hearts
By “the peace of God” is meant, either the peace believers have with God, which is his gift, and passes all understanding, and flows from a comfortable apprehension of interest in the blood, righteousness, and atonement of Christ; or rather that peace which does, or should subsist among the saints themselves, which God is the author of, calls for, and requires, and encourages in them. The Vulgate Latin, Syriac, and, Ethiopic versions, read, “the peace of Christ”; and so the Alexandrian copy, and some others. This may be said to “reign” in their hearts, when it is the governing principle there; when it restrains the turbulent passions of anger, wrath, and revenge, allays undue heats, moderates the spirits, and composes differences. The metaphor is taken from the judge in the Olympic games, who was the umpire, the moderator, and who determined whose the victory was, and to whom the crown belonged; the apostle would have no other umpire among the saints than the peace of God: and the arguments he uses follow,

to the which also you are called in one body;
the saints in their effectual calling are called to peace by God, who is the God of peace; by Christ, who is the Prince of peace; and by the Spirit, whose fruit is peace; and through the Gospel, which is the Gospel of peace, and into a Gospel state, which lies in peace, righteousness, and joy in the Holy Ghost: and they are not only called to this, but they are called “in one body”; though they are many members, yet they are but one body; and therefore ought to be in peace, and that should bear the sway in them, seeing it is unnatural for members of the same body to quarrel with each other.

And be ye thankful;
which intends either gratitude to men, to fellow creatures, for any service or kindness done by them, especially to the saints, the members of the same body, who are placed in a subservience, and in order to be useful to each other; or else to God, for all spiritual blessings in Christ, and particularly the peace he gives, for the effectual calling, and a place in the body, the church; and “to Christ”, as the Syriac version reads, for all those graces which come from him, and strength to exercise them, and for himself, and an interest in him, who is all in all; and a grateful spirit, both for spiritual and temporal mercies, is a very becoming and beautiful one, and is another part of the ornament of a Christian: this last is added to make way for what follows.

He that spared not his own Son, but delivered him up for us all, how shall he not with him also freely give us all things?

Not On My Own Volition — Ramblings of a Wonky Girl

Thank you Jesus. Not on my own volition, I saw my mother today. Last Thursday, she once again tried to take her own life. I don’t venture far from home by myself. I never know when vertigo will rear its ugly head. Today I did. My husband offered to drive me. My destination was about…

via Not On My Own Volition — Ramblings of a Wonky Girl 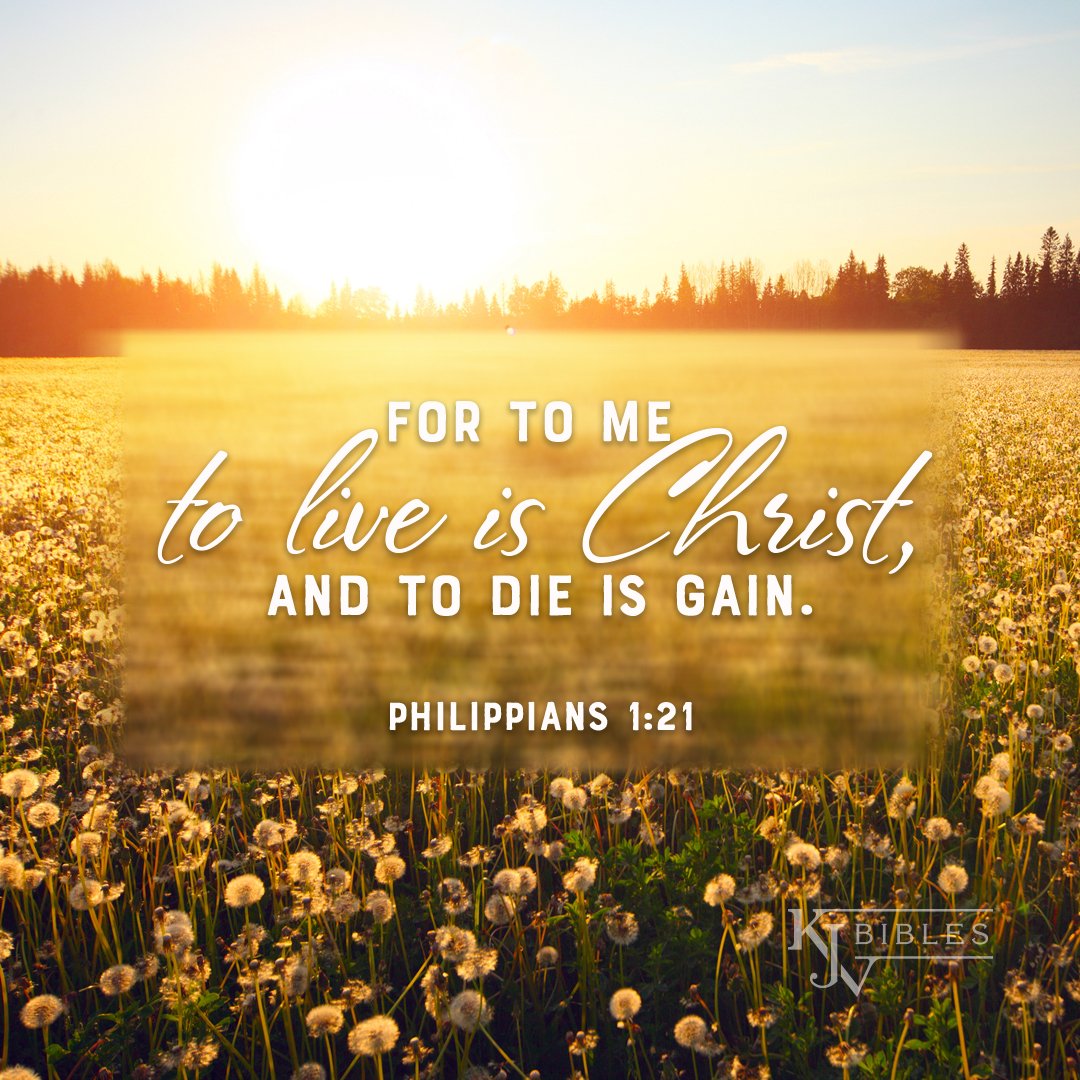 For to me to live is Christ
Christ was his life “efficiently”, the efficient cause and author of his (Paul)  spiritual life; he spoke it into him, produced it in him, and disciplined him with it: and he was his life, objectively, the matter and object of his life, that on which he lived; yea, it was not so much he that lived, as Christ that lived in him; he lived by faith on Christ, and his spiritual life was maintained and supported by feeding on him as the bread of life: and he was his life, “finally”, the end of his life; what he aimed at throughout the whole course of his life was the glory of Christ, the good of his church and people, the spread of his Gospel, the honour of his name, and the increase of his interest; and this last seems to be the true sense of the phrase here;

and to die is gain;
to himself, for death is gain to believers: it is not easy to say what a believer gains by dying; he is released thereby, and delivered from all the troubles and distresses of this life, arising from diseases of body, losses and disappointments in worldly things; from the oppressions and persecutions of wicked men; from indwelling sin, unbelief, doubts, and fears, and the temptations of Satan; he as soon as dies enters into the presence of God, where is fulness of joy, and is immediately with Christ, which is far better than being here, beholding his glory and enjoying communion with him; he is at once in the company of angels and glorified saints; is possessed of perfect holiness and knowledge; inherits a kingdom prepared from the foundation of the world, and wears a crown of life, righteousness, and glory; enters upon an inheritance incorruptible and undefiled; is received into everlasting habitations, into mansions of light, life, love, joy, peace, and comfort; is at perfect rest, and surrounded with endless pleasures. This is the common interpretation, and is countenanced by the Syriac, Arabic, and Ethiopic versions, which read, “to die”, or “if I die, it is gain to me”: but instead of reading the words as consisting of two propositions, they may he considered as one, and the sense be either this; Christ is gain to me living or dying in life or in death; for Christ is the believer’s gain in life; he is all in all, his righteousness, his wisdom, his sanctification, his redemption, his life, his light, his food, his raiment, his riches, his joy, peace, and comfort; he is everything to him he wants, can wish for, or desire: and he is his gain in death; the hope he then has is founded on him, and the triumphs of his faith over death and the grave arise from redemption by him; his expectation is to be immediately with him; and the glory he will then enter into will lie in communion with him, in conformity to him, and in an everlasting vision of him: or thus, for me to live and to die is Christ’s gain; his life being spent in his service, in living according to his will, in preaching his Gospel, serving his churches, and suffering for his sake, was for his glory; and his death being for his sake, in the faith of him, and the steady profession of it, would be what would glorify him, and so be his gain likewise; and this seems to be the genuine sense of the words, which contain a reason of the apostle’s faith, why he was persuaded Christ would be magnified or glorified in his body, whether by life or by death.

JESUS IS OUR EVERYTHING ~ HE IS EVERYTHING WE HAVE EVER NEEDED OR EVER WANTED (He should be anyway!!!) WHEN WE KNOW THIS WE LEARN THAT THIS LIFE HERE ON EARTH IS TEMPORARY~LIFE WITH THE LORD IS ETERNAL~ AND WALKING WITH HIM HERE~IN THE NOW~ WILL GET US THROUGH ❤ 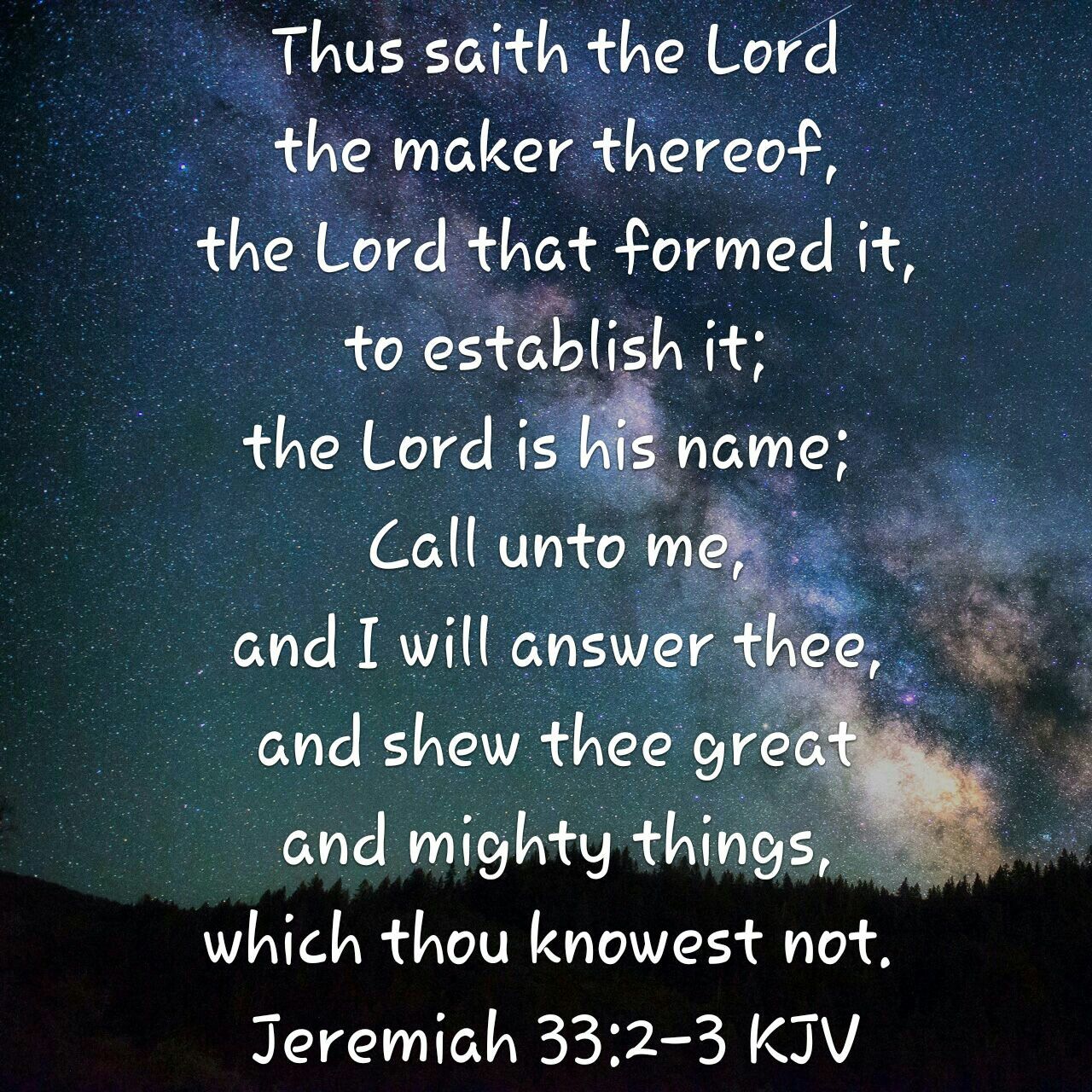 “Call unto me, and I will answer thee…”

Do you feel alone?

Do you feel like no one understands you? No one loves you?

Well know this~GOD LOVES YOU~UNDERSTANDS YOU~ AND WILL ANSWER YOU! I know this personally as do many others that have been pulled out of the muck and mire by His love-grace-mercy and forgiveness! Call out to Him and  He “will answer thee, and shew thee great and mighty things which thou knowest not.”

God sent His only begotten Son for you, too. He says so.

16 For God so loved the world, that he gave his only begotten Son, that whosoever believeth in him should not perish, but have everlasting life.

17 For God sent not his Son into the world to condemn the world; but that the world through him might be saved.

There is a much safer and simpler solution… JESUS…but that would be leaning on the Good Lord to make us a new creature-to break the chains of addiction…who wants to do that??? I am blessed to have found out that YES! He loves us and only wants the best for us! ❤ ❤ 3

28 And even as they did not like to retain God in their knowledge, God gave them over to a reprobate mind, to do those things which are not convenient;

“If my people, which are called by my name, shall humble themselves, and pray, and seek my face, and turn from their wicked ways; then will I hear from heaven, and will forgive their sin, and will heal their land.”

*Then this question quickly followed:

“Will this nation of America EVER completely humble itself~pray~ seek God’s face~ and turn from their wicked ways?”

I do not know the answer to that question.  I do know many  individuals that do believe in God~do humble themselves~do pray~do seek God’s face~and do turn from their wicked ways.

If we as a nation are not listening to what the Good Lord says in 2 Chronicles 7:14 and obeying Him my next question is:

“How are we any better than any other nations?”

Is this verse of scripture for today, also? Or our we actually God’s “nation” as individuals joined together by the Blood of Jesus?

I would love to hear what anyone has to say ~

HAVE A ANOTHER BLESSED DAY KNOWING WHO OUR SAVIOUR IS ❤ ❤ ❤

3 In the day when I cried thou answeredst me, and strengthenedst me with strength in my soul.